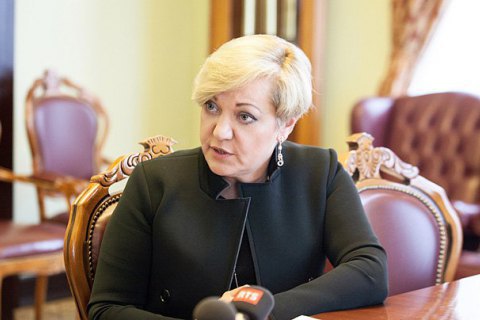 On April 1, Hontareva said in an Ukrinform interview that she has resolved all the problems she was tasked to.

"I have never said I would work in the central bank for the rest of my life. I believe that my mission is fulfilled completely," the NBU governor said.

"First, the country switched to a flexible exchange rate and launched a new monetary policy of targeted inflation. Secondly, we cleaned the banking system from insolvent banks and strengthened its resilience for the future. We have also conducted a complete transformation of the National Bank into a powerful modern institution, having revamped all the processes."

Hontareva said she planned to take some time off that she wants to spend with her family after leaving the NBU.

"So far, I do not even want to think about a new job, and then we'll see," Hontareva said.

UPDATE In the meantime, the press service of the NBU has not yet confirmed Hontareva's resignation.

"As you know, the NBU traditionally reports informs upcoming changes in the composition of the board. Currently, all members of the NBU's board are working according to plan, they have a busy schedule," the NBU said. The media have started speculating on Hontareva's possible resignation in two months after her appointment in 2014. In early March 2017, Hontareva made it clear that she was actually ready to step down.

Valeriya Hontareva became the head of the National Bank on 19 June, 2014. Before the appointment, she was a co-owner of the investment company ICU.

The law On the National Bank says that the chairman of the board of the central bank is appointed for seven years and cannot hold this post for more than two consecutive terms.