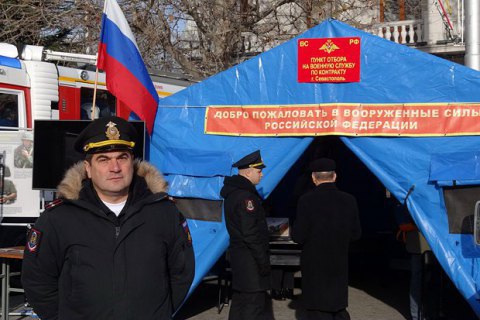 The Ministry of Foreign Affairs of Ukraine reprehended the Russian Federation in connection with the announced plans to carry out conscription in the temporarily occupied territory of Crimea and Sevastopol.

The resolution called upon Russia to "fulfil its obligations under international humanitarian law, international mechanisms for the protection of human rights and other legal instruments to which it is a party."

In this context, the Foreign Ministry calls for the abolition of the conscription of the citizens residing in the temporarily occupied territory and ensure that the Russian side strictly abides by its international obligations.

According to media reports, the Crimean conscripts will be sent to various regions of Russia.