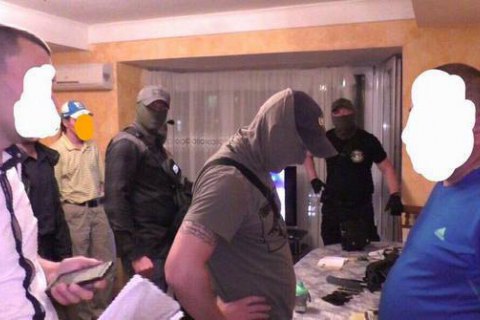 Ukrainian law enforcement officers detained several people who, on order of a Russian citizen, have attempted to organize the abduction and transfer to Russia of a former Russian citizen who has moved to Ukraine amid the persecution by the Russian authorities, Prosecutor-General Yuriy Lutsenko wrote on Facebook on Friday.

Having received a 100 thousand dollar advance, the perpetrators, headed by the chief of a district police department, were detained in Obukhiv, Kyiv region by the employees of the Security Service of Ukraine together with the prosecutor's office of the Kyiv region.

The SBU in a report on 2 June said that the businessman owed 17mn dollars to a business partner in Russia, who has ordered the kidnapping.

The former business partner with two accomplices wanted the unnamed former Russian businessman to be spirited to Russia where they believed it would be easier to exact the seventeen million dollar debt from him.

The head of a district police department in Kyiv Region has taken the kidnapping contract. He was to be assisted by two persons with a criminal record. The overall fee was set at 300 thousand dollars, according to the SBU.

The Service denied that the detained policeman had had any connections with the leadership of the SBU, despite the assurances of the former.

"He inflated his credentials to jack up the price," the SBU said.

The operatives of the special services held the policeman and his sidekick in a restaurant near Kyiv as they received 100 thousand dollar advance from an intermediary. Simultaneously, the customer of abduction was seized in Kyiv.