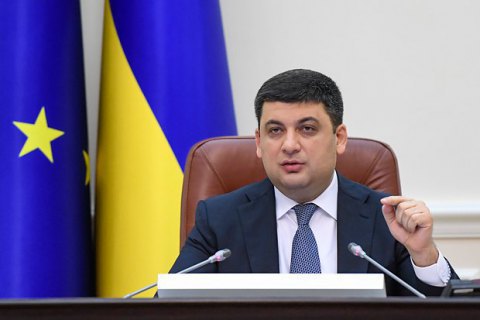 The prolongation of the export duty on scrap of ferrous metals at 30 euro/ton for another two years is in the national interests of Ukraine, Prime Minister Volodymyr Groysman says.

"Today, Ukraine is a country that is suffering from the aggression of Russia, so metallurgical industry and metal are strategically important for us, including for maintaining the country's defense capability," Groysman said as quoted by industry publication uaprom.

The prime minister sated confidence that the bill # 6382 does not violate any international obligations of Ukraine.

"At this particular time, I believe these steps are adequate and acceptable," he said.

On June 8, the parliament adopted on the whole a bill amending certain laws of Ukraine concerning the reduction of the deficit of ferrous metal scrap in the domestic market. The bill envisages the extension of the export duty for scrap metal at 30 euro/ton for another two years.

Earlier, Chairman of the Parliamentary Committee for Industrial Policy and Entrepreneurship Viktor Halasyuk said that the increase of the export duty on scrap metal has generated over one billion hryvnya in revenues to the nation's budget.

According to him, from October 2015 to April 2016, when the duty was at 10 euro/t, scrap exports amounted to 217 thousand tons and generated 2mn euros into the state coffers.

"During the same period of 2016–17, scrap exports dropped by half but the budget received 3.2mn euros in export duties," the MP stated.