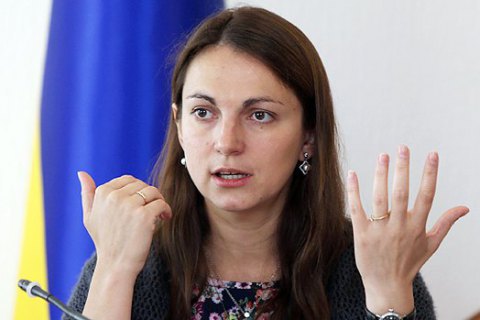 The anti-Russian sanctions adopted by the United States are very significant for Ukraine, as they are about the North Stream-2. Preventing its construction is critical for the peaceful settlement of the conflict in Donbas, the chairman of the Foreign Affairs Committee Hanna Hopko said on Friday in an interview with LB.ua.

"Washington is adopting one of the most stringent sanctions packages that directly affect the interests of Gazprom, the main donor of the Kremlin regime. Why is it strategically important for us not to allow the construction of the North Stream-2? Because the mere fact that gas goes to Europe through the territory of Ukraine," she said.

"If we lose this advantage, the interest of many European partners that support sanctions against Russia will gradually fade away. We will lose the instrument for ensuring a peaceful settlement of the conflict in the East. This is why our gas transportation system is a trump card for the peaceful return of Donbas and the Crimea. In addition, the consequences of the North Stream-2 would put the security of Eastern Europe in jeopardy," Hopko believes.

The lawmaker also reminded that "Russia, after our victory in Stockholm arbitration and on the gradual advancement toward the blocking of NS-2, is losing ground in the key energy sector, the gas, that it used for geopolitical influence and blackmail."

The people's deputy hopes that the US House of Representatives will support the decision of Polish Sejm to impose sanctions.

"Russia's actions in both Donbas and Crimea, especially in terms of human rights violations, do not add arguments to the House of Representatives to vote the sanctions through. Sanctions against Russia are very important for the national security of the United States, which is why both parties have reached a consensus on this issue in the Senate, and hence it is likely that such a consensus will be in the House of Representatives," concluded Hopko.