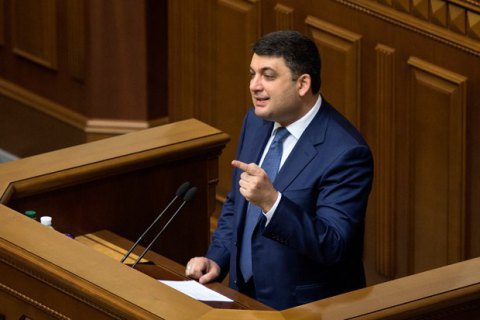 "The second thing is that the government is taking all measures to diversify coal supplies. Thirdly, we are replacing coal, especially the anthracite group, with other types of fuel," the head of government said during the government hour in the Verkhovna Rada on 23 June.

In this connection, Groysman again warned lawmakers against the attempts to block railroads and demanded not to "flaunt their immunity".

Ukraine has to import coal became of Russian aggression in Donbas, as a result of which Ukrainian anthracite mines came under the control of separatists.