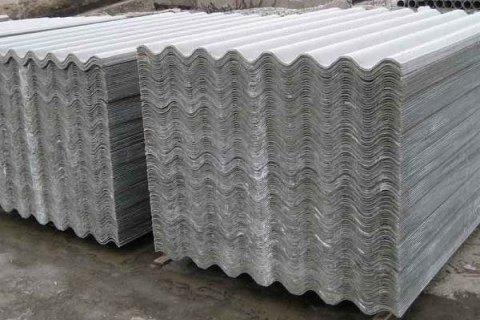 The Ministry of Health of Ukraine issued on 26 June an order prohibiting the production and use of asbestos. The document will come into force six months from the date of publication.

"It is prohibited to manufacture and use asbestos regardless of its type, and asbestos-containing products and materials in technological processes and during construction works. As an exception, materials and articles containing asbestos and already used can be continued to be used until replaced or disposed of. Insulating materials and low-density articles (1 g/cu cm) are subject to priority replacement and disposal," the regulation reads.

On its website, the ministry explains the ban by reminding that the use of asbestos can cause diseases such as asbestosis, mesothelioma and lung cancer. According to the World Health Organization, around 100,000 people die annually from diseases caused by asbestos.

The International Agency for Research on Cancer in the WHO has placed asbestos into the first, most dangerous category of compounds in the list of carcinogens.

Since the end of the last century, industries worldwide have been replacing asbestos with safer materials, while the use of asbestos-containing products and materials is subject to stringent restrictions. The European Union has banned asbestos in 2005.

There are seven enterprises in Ukraine manufacturing products using chrysotile asbestos. They employ about 4 thousand people. Meanwhile, there are manufacturers who have adjusted the production of slate without the use of asbestos, the Ministry of Health says.