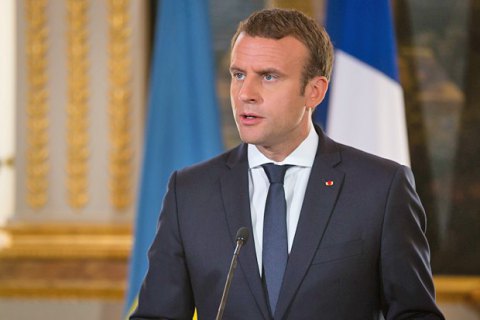 French President Emmanuel Macron said that the aggressor in the east of Ukraine is the Russian Federation and this is a well-known fact.

"Aggression comes from Russia, that is, Ukraine is not the aggressor, and we recognize that the annexation of Crimea is illegal, so we all know who started the war and who created this situation and in what situation we are," Macron said at a joint press conference with President Petro Poroshenko in Paris, Interfax-Ukraine reports..

Poroshenko, in turn, noted that the forces of the anti-terrorist operation detained among the militants Russian citizens, whose documents and testimony he showed to Macron.

Ukrainian president also noted that now it will be more difficult for Russia to deny the the presence of regular Russian troops in Donbas.