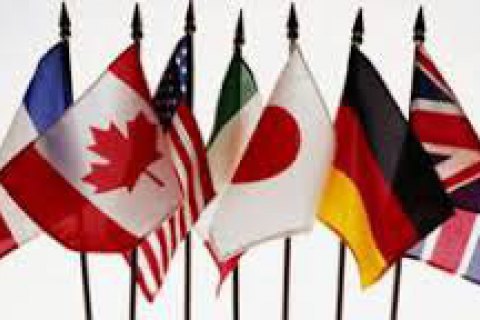 The ambassadors of the G-7 countries (the United States, Italy, Germany, France, the UK, Canada and Japan) in Ukraine issued a statement calling on the Ukrainian parliament to adopt next week the pension reform proposed by the government.

"Pension reform is one of the greatest challenges for any government, and we we commend Ukraine's leaders for undertaking this overdue reform with political courage and vision," the statement reads.

The diplomats remind that pensioners make up more than a quarter of Ukraine's population and the average pension is extremely low, while pension costs 11% of Ukraine's GDP, which is among the highest in Europe.

This discrepancy indicates the need to restore an appropriate social contract between the state and its citizens. Ukraine should promptly adopt pension reform, which increases the fairness, predictability and sustainability of the system, the statement said.

The ambassadors of the G-7 countries believe that the pension reform proposed by the government, developed in close cooperation with the IMF and the World Bank, is consistent with these goals.

"The draft law foresees a more transparent and fairer pension calculation formula that more closely ties pension benefits to pension contributions and improves the adequacy of pensions. The reform also establishes a flexible retirement age, linked to the length of the formal career of an individual and incentivizing participation in the system," the diplomats urge.

"It is now the responsibility of all the elected parliamentarians to ensure that this reform is approved and implemented, providing a better future for present and future generations of Ukraine," the ambassadors conclude.

According to the calendar plan of the Verkhovna Rada, the July 11-14 plenary week is the last in the current session of the parliament before the summer holidays.