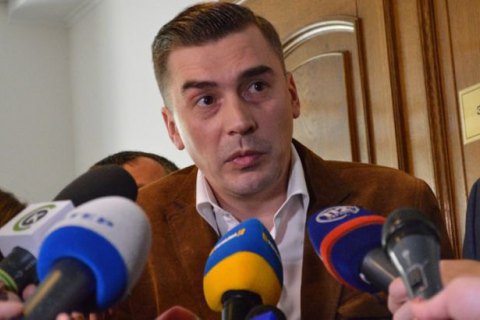 Officers of the Security Service of Ukraine (SBU) and the Prosecutor-General's Office are trying to enter a public office of MP Dmytro Dobrodomov in Kyiv, he has said on Facebook.

Dobrodomov said that the law enforcers were trying to break into his public office in central Kyiv "without explanation" while he was meeting his constituents in Lviv.

The prosecutor-general said in reply that the address of Dobrodomov's public office is mentioned in a court warrant in the case of Serhiy Kurchenko, a fugitive businessman, investigated by the PGO.

Dobrodomov snapped angrily that his office had nothing to do with Kurchenko.

"To begin with, the office has to be properly registered on the parliament's website to become official and inviolable. So far, these premises are owned by an accomplice in Kurchenko's schemes, a former high-ranking PGO officer under [ex-Prosecutor-General Viktor] Pshonka," Lutsenko said.

Dmytro Dobrodomov is an independent lawmaker elected in Lviv. He was a member of the Petro Poroshenko Bloc faction but later pulled out and created his own party People's Control.