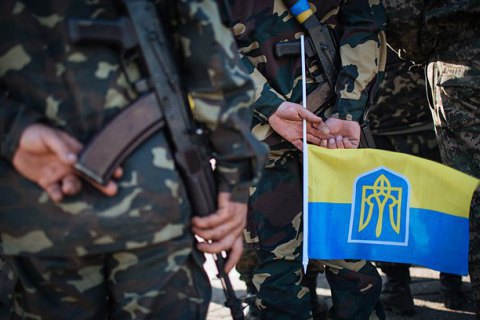 The Ukrainian government on Wednesday approved a new procedure for the calculation of monetary allowance for servicemen.

The government press service quoted Defence Minister Stepan Poltorak as describing the novelty as a "new philosophy" of providing for military personnel and restoring social care and justice.

"This is a revolutionary resolution," Poltorak said as he was presenting the draft resolution at the government meeting.

"The procedure for calculating the monetary allowances for servicemen has not changed since the times of the Soviet Union. The size of military salaries depended on the rank and post. The new payroll system will significantly increase social security and justice. We are moving away from the old practice when 10-15 per cent of the actual income of a serviceman was a pensionable part, while the rest consisted of 17 bonuses which were non-transparent and ineffective," he said.

The RBC Ukraine news agency published the draft resolution considered by the cabinet albeit without the wage scale attachment.

The document will come into force on 1 January 2018.