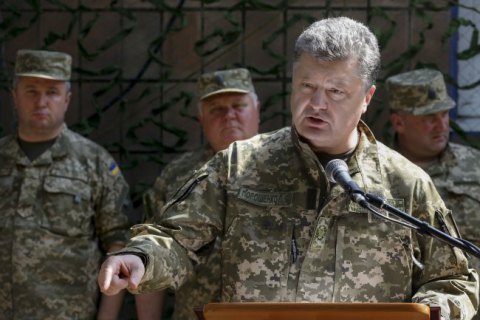 The Security Service of Ukraine (SBU) is investigating two criminal cases in connection with attempts on President Petro Poroshenko's life, the Ukrainian News agency has learned.

The SBU told the agency that as of 29 August, it was investigating two cases initiated under Article 112 of the Criminal Code of Ukraine regarding a possible attempt on the life of the head of state.

Details of the cases are not disclosed.

On 22 August, during Poroshenko's visit to Kharkiv Region, the SBU received a phone tip-off about alleged preparations for an attempt on the president's life, the government agency Ukrinform quoted a source in the SBU office in Kharkiv as saying.

The identity of the caller could not be identified. The incident was logged into the Single Register of Pre-trial Investigations as an attempt on the life of a statesman.