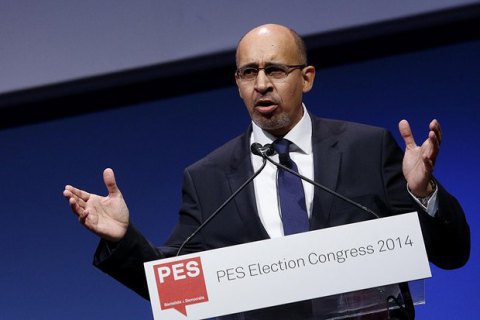 The representative of the Organization for Security and Cooperation in Europe (OSCE) on freedom of the media, Harlem Désir, has expressed concern about the expulsion of foreign journalists from Ukraine.

"Expelling journalists from or denying them entry to Ukraine are troubling and excessive measures, especially as these actions lack transparency and a proper appeal mechanism," Désir wrote in a letter to Ukraine's Foreign Minister Pavlo Klimkin on 29 August.

The OSCE media representative urged Ukrainian authorities to refrain from imposing unnecessary restrictions on the work of foreign journalists, which affect the free flow of information and violate OSCE commitments on freedom of the media.

As reported earlier, the Security Service of Ukraine (SBU) expelled Russia's Channel One TV correspondent Anna Kurbatova from Ukraine and banned her from entering the country for three years.

On 15 August, the SBU expelled Tamara Nersesyan, a correspondent of Rossiya-1 TV.

Before that, the SBU forcibly deported a correspondent of Rossiya-1 and Rossiya 24 TV, Mariya Knyazeva, and banned her from entering Ukraine for three years. Her activities were found detrimental to Ukraine.