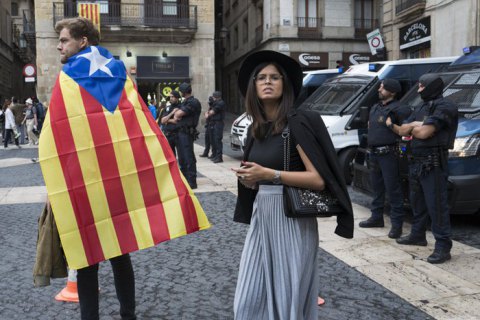 Ukraine supports the readiness of the Spanish government for political dialogue with parliamentary political forces to restore law and order and stability within the constitutional field of the country.

"We believe that Spain, one of the world's leading democracies, relying on the solid foundation of democratic traditions and values which once ensured its peaceful transition from dictatorship to democracy and eventually led to its accession to NATO and the EU, will resolve every pressing problem of its domestic political life in a democratic fashion," the spokeswoman said.

Ukraine stands for the unconditional respect for the sovereignty and territorial integrity of all countries in the world within its internationally recognized borders, and their compliance with the fundamental principles and norms of international law.

The authorities of the autonomous Spanish region of Catalonia organized a referendum on independence. The ballot took place against the will of the central government of Spain and was not recognized neither by official Madrid nor the European authorities.

According to the Government of Catalonia, about 90% of the referendum participants voted for secession from Spain.