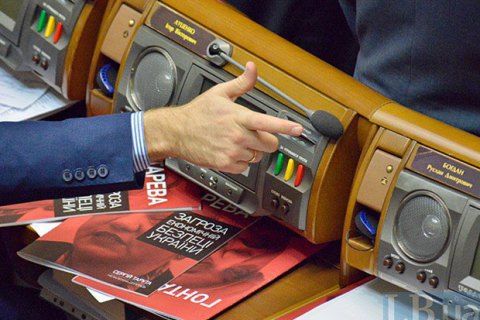 Ukraine's parliament, the Verkhovna Rada, on 3 October passed in the second reading and on the whole, a bill introducing amendments to the Economic Procedural Code, the Civil Procedural Code and the Code of Administrative Proceedings.

The bill approved by 234 votes has been considered almost throughout the two previous plenary weeks.

The Speaker Andriy Parubiy said that the 800-page divided into 5 separate documents was the biggest bill in the history of the Verkhovna Rada.

The bill regulates on the new Supreme Court as a single cassation instance in Ukraine and the Supreme Court for Intellectual Property.

The court will able henceforth to deliver court decisions, summonses, and other procedural documents to the participants in the lawsuit at their official e-mail addresses.

The single judicial information and telecommunications system will start functioning in 90 days after in publication by the State Court Administration in the Holos Ukrainy bulletin and on the judiciary web portal.

The bill also introduces the institute of summary procedure in economic and civic proceedings to recover debts from citizens (a procedure by which the court when making an order about costs, orders payment of a sum of money that does not exceed 100 times the subsistence minimum for able-bodied persons (160,000 hryvnia) instead of fixed costs or detailed assessment.

The debtor has the right to file an application for cancellation of the court order. The use of such a procedure is not mandatory, and the applicant is entitled to demand the resolution of his case in the order of the proceedings.

Writ procedure may be applied to consider claims in civil proceedings for alimony, debts for housing and communal services, refund the purchase price of the goods of poor quality, for the recovery of undisputed debts an individual to a legal entity or individual entrepreneur.