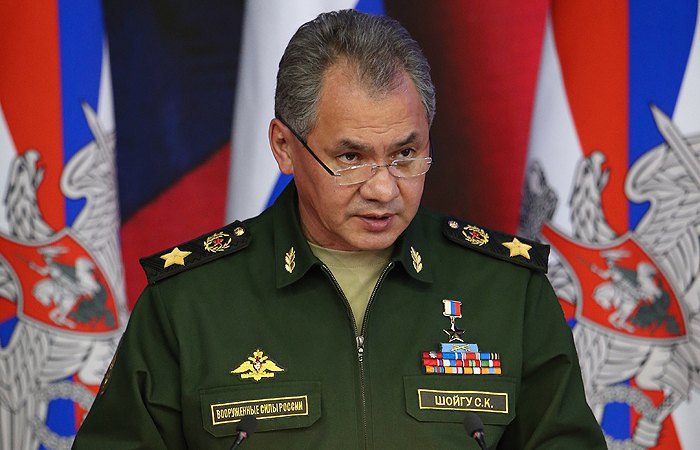 In February 2017, Russian Defence Minister Sergey Shoygu publicly announced that "the information operations troops" had been set up in the Russian Federation, which, he said, are "much more effective and stronger than anything we ever created in the direction that was called counterpropaganda". The events of last year, in particular, at least the election of Donald Trump known for the pro-Russian statements he made during the pre-election period, and the Brexit referendum in the UK, against the backdrop of relevant investigations in these countries, indicate the really effective work of these "troops". And, as in any war, the hybrid actions of the aggressor need an adequate response both from countries which had already been attacked and potential victims.

The passion of the Russian state for the appropriation of others' property has long been known. As well as the fact that in the absence of their own, Russians actively use other people's inventions and civilizational achievements. For example, Vladimir Putin used democracy to come to power in Russia and become essentially a dictator. Then the Russians took on social networks, originally intended to bring people around the world closer through communication, only to disunite the West. People for whom "Russia has no borders" actively sow discord among users of popular Twitter and Facebook, using them to influence the destinies of entire countries.

Brexit op on Twitter wins dozens of thousands of supporters

On 1 November, the British Electoral Commission began an investigation into the financing of the "Leave" campaign amid concerns about possible Russian interference in democratic processes.

A few days later, The Times, quoting a study by scientists at Swansea University and the University of California (Berkeley), reported that Russian accounts on Twitter posted nearly 45,000 messages about Brexit in 48 hours on 23 and 24 June 2016 in an attempt to sow discord during the Brexit vote. 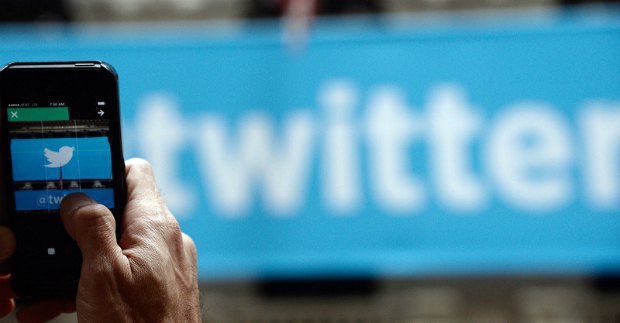 According to the report, more than 150,000 accounts based in Russia, which had previously confined their posts to subjects such as the Ukrainian conflict, switched attention to Brexit in the days leading up to last year's vote.

Russian activity spiked on 23 June, the day of the referendum, and on 24 June when the result was announced. From posting fewer than 1,000 tweets a day before 13 June, the accounts posted 39,000 tweets on 24 June before falling away to minimal activity.

Many of the messages were originated from bots. Analysis showed that these postings were viewed millions of times. Most tweets analysed by the researchers prompted people to support Brexit. There were also some which wanted Britain to remain in the EU. But, as we know,

the exception proves the rule.

On the same day that Britain announced an investigation into Brexit's assistants, on 1 November, representatives of Facebook Inc., which owns Instagram, announced a "Russian trace" in these social networks. According to Facebook's lawyers, propaganda posts were posted on the eve of the US presidential election.

According to expert conclusions, about 20 million US citizens could see the content placed in this period on Instagram by individuals acting in the interest of the Russian state. 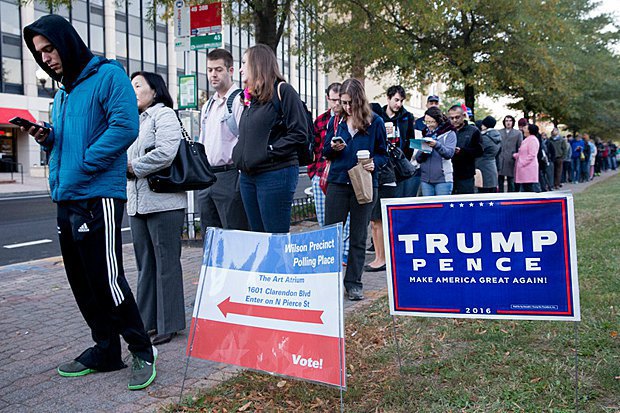 Photo: EPA/UPG
A queue at a polling station to cast ballots in the US presidential election

Lawyers representing Twitter Inc., Google Inc. and Facebook Inc. testified to the Senate Intelligence Committee in connection with the investigation into Moscow's possible interference in the US election campaign. In particular, the vice president and legal counsel at Facebook, Colin Stretch, noted that at the beginning of October 2016 the total number of Americans who could see relevant content on Instagram reached 16 million. In most cases, this happened as a result of targeted marketing.

Earlier, representatives of the social network said that a certain group of Russian users had published more than 80,000 posts on political topics over two years during and after the 2016 presidential election in the USA. Some 126 million users could potentially see the posts.

Facebook Inc. reported that in October 2016 alone, it deactivated nearly 6 million fake accounts. It is known that the ads were published from June 2015 to August 2017. Most of the posts dealt with controversial issues, such as interracial relations in the United States.

According to Facebook's Colin Stretch, 80,000 posts is a very small fraction of the entire Facebook content but they were published in violation of the social network's regulations. "These actions run counter to Facebook's mission of building community and everything we stand for. And we are determined to do everything we can to address this new threat," Stretch said in a statement. 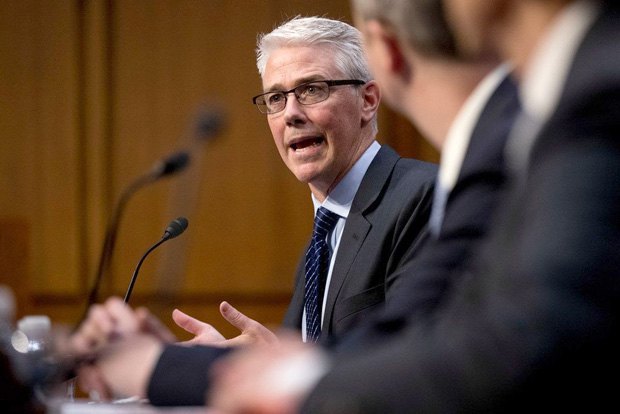 Photo: wbir.com
Colin Stretch speaking in the Congress about activity of Russian accounts during the US election campaign, 31 October 2017

Twitter informed the Congress it had identified 2,752 Russia-linked accounts that may have attempted to influence the outcome of the US elections. Twitter stated that it suspended all these pages and gave the Congress the account names, having told the public that not all information can be disclosed.

"This is an ongoing process and we will continue to collaborate with investigators. Due to the nature of these inquiries, we may not always be able to publicly share what we discuss with investigators. And there will always be tools or methods that we cannot talk about, because doing so would only help bad actors circumvent them," Twitter said.

However, at the moment it is already known that the closed accounts, Twitter has learnt, are connected to the Russian Internet Research Agency (also known as the "troll factory") owned by Putin's cook Evgeniy Prigozhin. The agency has for quite a while been associated with the word "fake".

Olgino initiates protests in the United States, regardless of the topic

It is remarkable that official investigations in Britain and the USA were preceded by reports on the matter by world media. Back in mid-October, it was reported that about 40 rallies and protests in 2016-17 were organised through communities run by the St Petersburg "troll factory" in the USA. Interestingly, internal statistics of the "factory", available to RBC, mention this.

Based on the statistics, over the past two years, about 10 events have taken place in the United States under the auspices of the BlackMattersUS movement (the title refers to the black rights movement Black Lives Matter, but has nothing to do with it), said a person familiar with the "factory" operations told RBC. An employee of the "factory" and an ex-employee of the "American department" said that participants in the rallies did not know that they were being organized by the "trolls". Information about some of the events was previously mentioned in investigations by English-language media. In August 2016, the Being Patriotic movement on Facebook invited residents of 17 cities in Florida to a rally in support of US President Donald Trump, according to The Daily Beast. 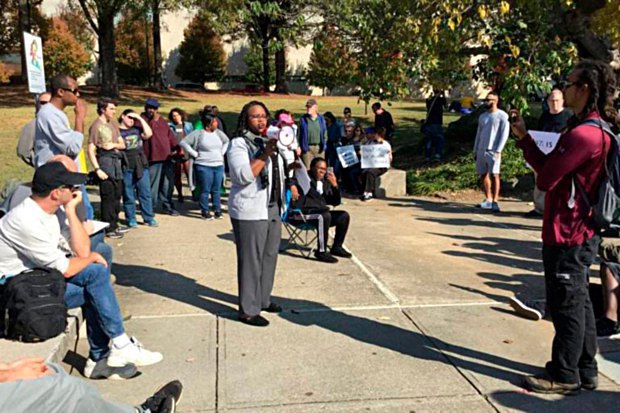 Photo: charlotteobserver.com
A rally in Charlotte, North Carolina, on 19 November 2016

Every month the "factory" spent about 200,000 roubles (about 3,500 dollars) to pay for the work of local event managers, flights, printing and equipment costs. Over two years, the agency may have spent 5m roubles.

The agency spent about 260,000 roubles each month on the promotion in social networks. About half of the budget went to publications on racial issues, a smaller part was spent on political messages. From June 2015 to May 2017, the "factory" spent at least 100,000 dollars to promote about 3,300 political ads targeting American voters.

RBC sources insist that the "American department" is headed by a 27-year-old native of Azerbaijan, Dzheykhun Aslanov. He denies this. RBS has in its disposal a message from a Telegram chat on behalf of Aslanov, which refers to the intermediate results of the "troll factory" in the United States. Aslanov came to Petersburg in the late 2000s from Irkutsk Region to study at the Economics Faculty of Hydrometeorological University. He visited the United States in 2009 and London in 2011. According to RBC, he currently owns two firms specializing in online advertising and operations. One of them, Azimut, offers account promotion services on social networks, Aslanov specified.

However, back in September, Facebook said that Russian-connected users bought 3,000 political ads in the USA in 2015 and 2016. According to the social network, about 10 million people in the USA have seen advertisements. The social network gave the texts of these ads to the US Congress. Their exact content remains unknown but Facebook said that most of them concerned hot social and political topics, including LGBT rights, race issues and gun rights. In general, everything that can split society.

The above-mentioned attacks on countries through social networks may well be equated to information operations of aggressive nature. That is to an attack. And since this attack is carried out secretly, this is a modern kind of terrorism, an information one, which Russia itself describes as "information support for military operations". And it is officially part of the military doctrine. 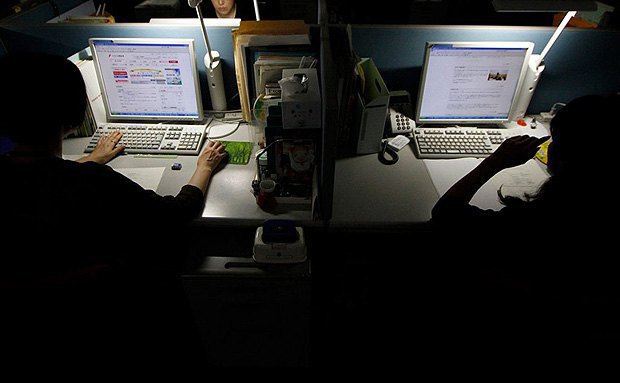 It is possible to fight this evil (the use of Facebook, Twitter and other social networks) of Russia's interference in the domestic affairs of other states. For example, through strict personal identification of individuals on social networks, which, of course, will lead to allegations of restricting freedoms.

Information sabotage can only be fully stopped by depriving these organised groups of Russian hackers (state - FSB, GRU or supposedly private firms - such as the troll agency of Putin's cook Prigozhin) of financing. Because the fight is not against each tentacle of the hydra individually (the new ones will grow instead of the cut ones) but against its head.

And the world has requisite experience of how to fight terrorists and countries which support it.