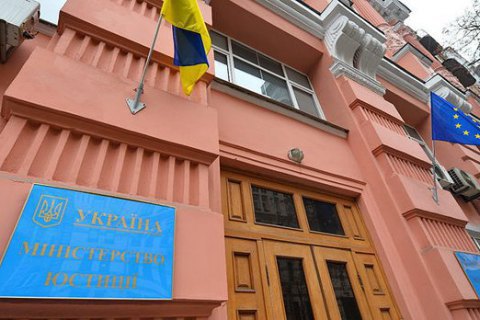 The National Anti-Corruption Bureau on Friday morning, December 8, raided the building of the Ministry of Justice.

In a statement later in the day, NABU said that the searches were part of an urgent investigation.

"The urgency was due to operational information that there was a risk of destruction of documents that the Ministry of Justice had to provide to the bureau with a criminal investigation," the statement said

A court on November 23 authorized NABU's access to the materials, the bureau said.

"However, in the evening on December 7, the detectives received operative information that some of the requested documents were being destroyed. The search confirmed this information, the remaining part of the documents was seized," the agency noted.

In the course of a sanctioned search in the home of one of the officials of the Ministry of Justice, NABU detectives seized official documents that the ministry was supposed to provide to the NABU in pursuance of the court decision.

NABU will ask a court to warrant the withdrawal of the evidence seized during the search.

"We do not know which documents have been stolen in the course of this provocation," she said.

At the briefing, Bernatska said that NABU also conducted searches in the apartment and home of the head of the secretariat of the Ombudsman for the European Court of Human Rights and the relevant department of the ministry where the ECHR cases are stored.

She suggested that the ministry will file a complaint over the searches with the Prosecutor-General's Office and appeal to G-7 ambassadors and the US Department of Justice.

In a later video comment, head of NABU detective department Oleksandr Kareyev said that the case was about wasteful spending of over 54 mn hryvnia with the direct involvement of officials of the Ministry of Justice.