Scoop of the weekend: rally in support of Sternenko, Chernivtsi hospital fire
Scoop of the day: US sanctions on Kolomoyskyy; third coronavirus wave 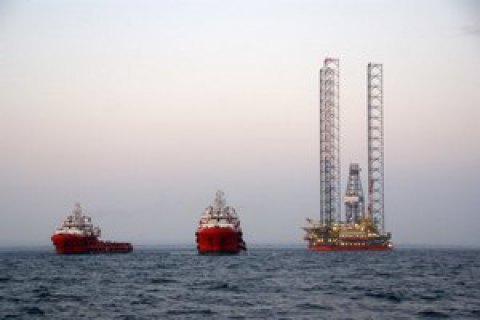 Since the annexation of Crimea in 2014, Russia has illegally extracted over 3.5bn cu.m. of gas from Ukraine’s Odesa deposit, the board chairman of the Ukrainian state-owned company Chornormornaftohaz, Svitlana Nizhnova, told news-based Hromadske TV.

Asked whether Russia was planning to stop pumping gas from the Odesa deposit, she said Russian official sources had made no such statements.

The Odesa gas deposit is located in Ukraine’s economic zone, its reserve is estimated at around 21bn cu.m. of gas. Ukraine commissioned it in November 2012. It had extracted around 500m cu.m. of gas there before Crimea was annexed by Russia.

By now, Russia has illegally pumped out 7.2bn cu.m. of gas, half of which from the Odesa deposit, Nizhnova said.

Eleven illegal drills were made, she added.

“There were seven drill before the annexation and 11 more were made afterwards. The deposits are being used in full. The illegitimate Crimean authorities are trying to pump out as much gas as possible,” she said.