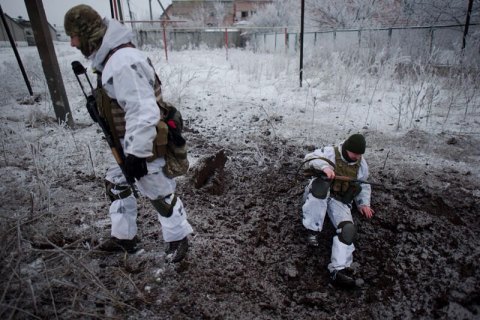 Three Ukrainian servicemen were wounded and one injured amid 20 shooting attacks by pro-Russian militants on 21 February, the security operation HQ said in its morning update on Facebook.

One soldier died as a result of unsafe handling of weapons.

The HQ said that the militants continued to target the Ukrainian army’s positions with weapons which should long have been withdrawn from the line of contact under the Minsk agreements.

In the Donetsk sector, the militants fired with 120-mm and 82-mm mortars and grenade launchers near Vodyane and Lebedynske near Mariupol. The Ukrainian army’s positions near Avdiyivka (Avdiivka) also came under fire.