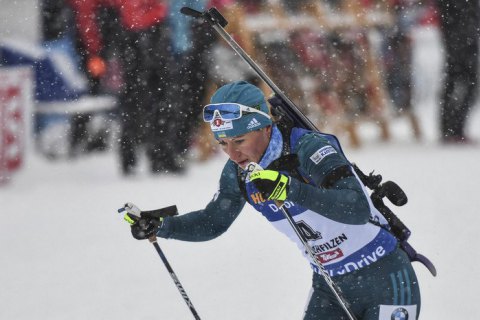 The Ukraine team will not go to Russia's Tyumen for the finals of the 2018 Biathlon World Cup due on 20-25 March.

"The biathlon federations of the USA, Canada and the Czech Republic announced they would boycott the World Cup stage in Russia's Tyumen. I am confident that our biathlon community should join this campaign. This is my position of a minister and citizen, I'm for boycott. I think the Biathlon Federation of Ukraine will listen to the minister's position," he said on Facebook.

Earlier, the Biathlon Federation said they would go to Tyumen.

Later in the day, after a meeting with Federation President Volodymyr Brynzak, a final decision was taken for the team not to go to Russia.

"The state has no right to intervene in the work of sport federations as separate public organisations. But there is an exception to every rule. We are talking about the aggressor state, the country which systematically ignores international laws, including in sport, and does not observe antidoping regulations. A joint decision was taken: the Ukraine team will not take part in the ninth stage of the World Cup in Tyumen," Zhdanov said on Facebook.