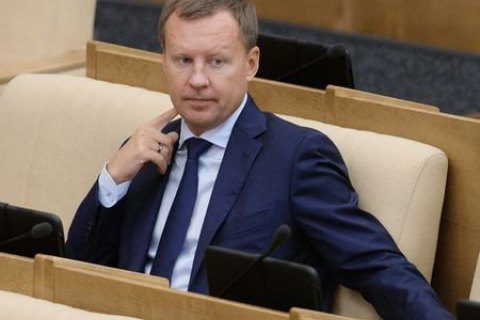 The National Police of Ukraine have put Russian national Vladimir Tyurin on a wanted list. He is suspected of killing former Russian State Duma MP Denis Voronenkov, a source has told LB.ua.

In his words, Tyurin was declared wanted on 14 March because Russia had not replied to the extradition request sent by the Ukrainian Prosecutor-General's Office.

Voronenkov was killed outside the Premier Palace Hotel in central Kyiv on 23 March 2017. His killer Pavlo Parshov was wounded by the ex-MP's guard and later died in a hospital.

The Prosecutor-General's Office said in October that Tyurin, known as the leader of the Bratskaya criminal ring in Russia, ordered Voronenkov's assassination for both political and personal reasons because the ex-MP was married to his former civil partner.