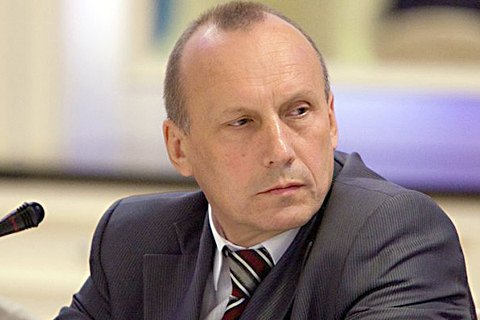 The Ukrainian parliament has authorised the Prosecutor-General's Office to detain and arrest Opposition Bloc MP Yevhen Bakulin, having thus stripped him of immunity from prosecution. According to Ukrainian Prosecutor General Yuriy Lutsenko, the pretrial investigation established that Bakulin may have been involved in a criminal group led by ex-President Viktor Yanukovych since March 2010.

He added that Bakulin "had planned and organized a number of particularly serious and related crimes, namely the misappropriation of 449.963m hryvnyas (17.31m dollars), and attempted to seize the funds of this public joint-stock company worth 5.1bn hryvnyas (196.2m dollars)". Lutsenko said the second case concerns the seizure of 404.374m dollars of Chornomornaftohaz for the purchase of overpriced drilling rigs for oil and gas production on the Black Sea shelf.