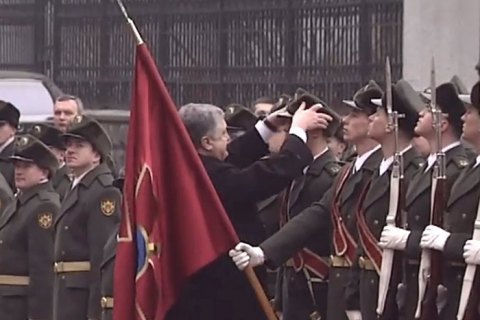 According to Poroshenko's press secretary, Svyatoslav Tseholko, who posted the video of the ceremony on Facebook, a hat of one of the ceremonial guard fell off his head during the official ceremony. It laid on the ground while the anthems of Austria and Ukraine were being played. Poroshenko then picked up the hat and put it back on the guard's head. 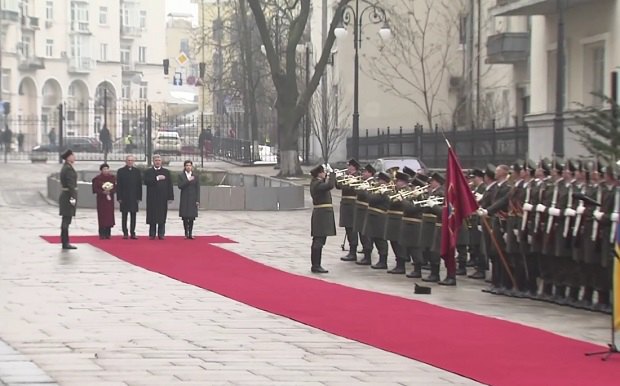 "A military hat with the Ukrainian trident should not lie on the ground. The president helped a ceremonial guard. Very humane of him," he said.

During Poroshenko's inauguration as president In June 2014, one guard of honour lost consciousness and nearly fell to the president's knees as he was entering the Ukrainian parliament.