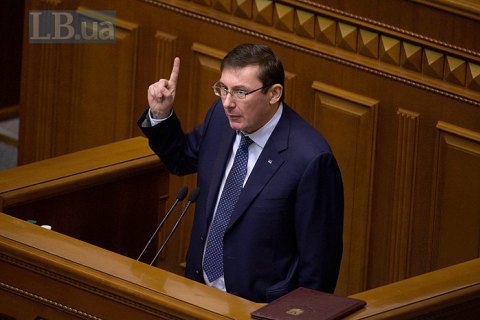 Prosecutor-General Yuriy Lutsenko has said he is planning to sign petitions to strip three MPs of immunity from prosecution on 14-20 May, according to 5 Kanal.

He did not give any specific names or charges against the MPs.

"I will certainly be convincing parliament the MP immunity with regard to other persons should be lifted," he said.

He added that it usually takes around 20 days for the motion to be put to vote by MPs after it was registered with parliament.

Earlier, Lutsenko said that he had enough reasons to ask parliament to strip five MPs of immunity.

The last MP who was stripped immunity from prosecution was Nadiya Savchenko, who is suspected of plotting terrorist acts in Kyiv.