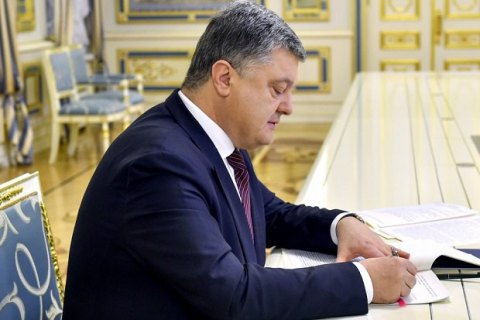 President Petro Poroshenko has recalled his bill No 8297 from parliament, according to its profile on parliament's website. Under the bill, Ukrainians who took part in votes in Russia-annexed Crimea should be stripped of citizenship.

The document was registered with parliament on 19 April.

It said that the automatic acceptance of Russian citizenship by Crimean residents was not voluntary and that participation in votes in Crimea should be considered a reason for losing Ukrainian citizenship. The fact of voting was to be confirmed by relevant recordings in public registers and official publications.

Those Ukrainians who used foreign travel passports while crossing the administrative border between mainland Ukraine and Crimea would also be stripped of citizenship.

The Russian presidential election was held on 18 March, including in Crimea. Ukrainian authorities promised to take action against those who organized this election in the occupied peninsula.