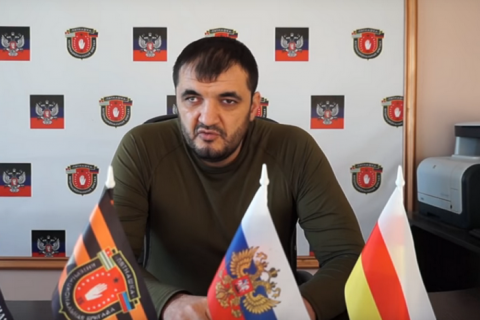 A paramilitary unit commander of the separatist Donetsk People's Republic, Oleg Mamiyev (aka Mamay) in charge of the Pyatnashka battalion, has been killed in Donbas, the Russian news agency RIA Novosti has quoted reports in militants' public communities on social networks.

Russian writer Zakhar Prilepin, an active supporter of the separatists himself, said on Facebook that Mamay was killed by a grenade explosion in the industrial zone of Avdiyivka.

Mamay came to Donbas from Ossetia in 2014. He has fought in the Vostok (East) unit and later headed the Pyatnashka brigade.

Somali unit ocmmander Mykhaylo Tolstykh (Givi) was killed in Donetsk Region in February 2017. Another unit commander Arsen Pavlov (Motorola), especially popular with the Russian media, was killed in an explosion in October 2016.