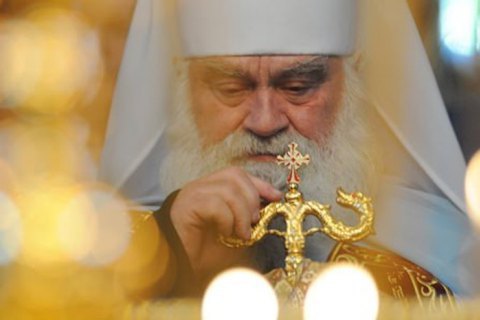 “I do not know about this and have not heard about this statement... I signed that I attended. All members who were there signed [the paper] that they attended the meeting. As regards the statement, it was not written when I was there, maybe someone wrote it later,” he said.

Nevertheless, his name is on the list of 72 signatories to the statement published on the official website of the Ukrainian Orthodox Church of the Moscow Patriarchate.

According to the website, the archbishops, who attended the 25 June meeting at the Kyiv Pechersk Lavra to discuss the prospects of Constantinople giving Ukraine the right to have an independent church, unanimously rejected this idea.

“Attempts to change this status will only result in limited rights and freedoms given to our Church which now has a broad autonomy. Besides, these attempts will not heal but deepen the split in the Ukrainian Orthodox Church and Ukrainian society as a whole,” the archbishops’ statement allegedly reads.

The statement caused a stir in church society. It was especially surprising considering that the statement was allegedly signed by the well-known supporters of the autocephalous bid, including Cherkasy and Kanev Metropolitan Sofroniy.