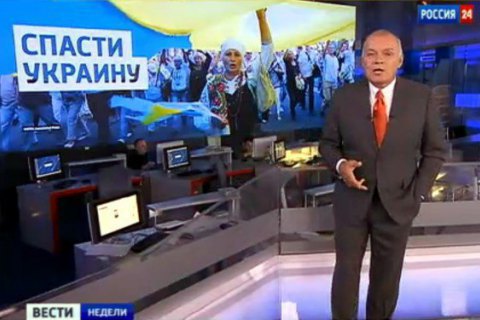 Since 2014, the Kremlin’s use of the information weapon against Ukraine has not decreased; Ukraine still stands out as the most misrepresented country in pro-Kremlin media, a report by EUvsDisinformation (EUvsDisinfo), the website dealing with pro-Kremlin disinformation, says.

Ukraine tops the EUvsDisinfo database as the most frequent target with 461 references among a total of 1,000 disinformation cases reported in the course of 2018.

Out of the 212 reports appearing in the “anti-fake” section of the independent Russian outlet The Insider in 2018, 60 were about Ukraine (including Crimea). In its latest publications before the holidays, The Insider’s fact-checkers found problems e.g. in Russian state media’s reporting about Ukraine’s foreign debts, about the Ukrainian army and about the country’s president.

Pro-Kremlin disinformation about Ukraine targets audiences in Russia, in Ukraine and in third countries, including the West, EUvsDisinfo says.

"Domestic audiences in Russia are e.g. faced with narratives which dehumanise Ukrainians and show the authorities in Kyiv as a cynical modern heir to 20th century Nazism. Such a strategy can turn Ukraine into an acceptable target of the Kremlin’s military aggression," it adds.

According to the report, "Ukrainian audiences are likely to know their own country better than to believe the above examples; but they can perhaps be affected by the attempts to belittle the country’s military capabilities as a way of targeting Ukrainian morale in the conflict with Russia."

The report concludes: "Finally, if Western audiences can be led to believe this kind of message, on top of the claims that Ukraine is not a real state and that Ukrainians and Russians are one people, the Kremlin can hope that political sentiments in the West will be tempted to see support and solidarity with Ukraine as not worth the while. The Kremlin can perhaps dream that it will eventually lead Ukraine’s partners to swallow the pill of accepting the country as in the Kremlin’s 'sphere of interest'."