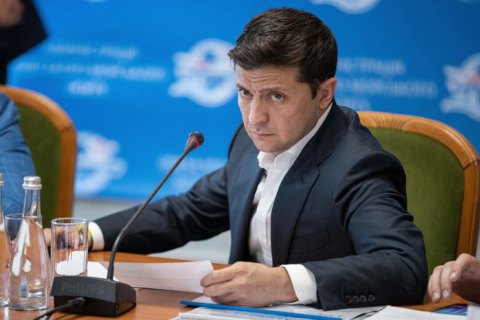 President Volodymyr Zelenskyy has instructed the Defence Ministry to establish military police. He also spoke in favour of developing a concept of a joint register of veterans by the end of year.

During a meeting with parliament and government members, he set a number of tasks in the field of defence and security, the presidential press service said.

"In particular, Defence Minister Andriy Zahorodnyuk should introduce a new joint system of command and control of the defence forces by 31 December, which will meet NATO standards. In addition, a modern effective law-enforcement agency, the military police, should be created in the ministry's structure," it said.

Zelenskyy also tasked the Ministry of Veterans, Temporarily Occupied Territories and Internally Displaced Persons of Ukraine to create the concept of a unified register of veterans and develop draft terms of reference for the E-Veteran platform by the end of year.