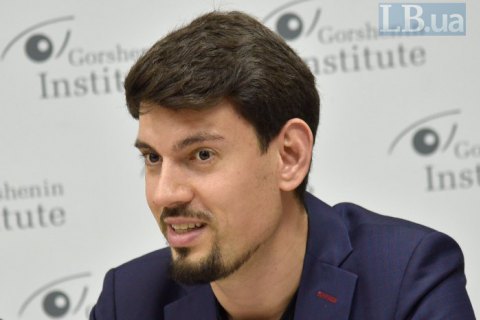 The bill prepared by the Blockchain4Ukraine association of MPs gives legal definition to all the key crypto terms, its chairman and Servant of the People MP, Oleksiy Zhmerenetskyy, has said at a roundtable "Why does Ukraine need to use blockchain and legalise cryptocurrency?" hosted by Gorshenin Institute.

"During the previous parliament convocation, several MPs undertook to submit bills on crypto regulation. Parts of the crypto community, which had different views, united around them. Some advocated a complete moratorium on government intervention in the sector while others approached regulation, regulators and tax rates in a somewhat tough manner. As a result, the community split, and it became politically impracticable during the previous parliament convocation and it was not on its agenda. In the current convocation, as it turned out, a huge percentage of MPs knows what cryptocurrency and blockchain are and are very interested in having this sector regulated. Some came from IT, some from marketing, some simply keep up to date. As a result, we created an interfaction association of 50 MPs who are clearly keen on blockchain, but I see the potential for our community to expand to 70 people who understand the importance of blockchain. As a result, we, together with BRDO, used the best practices of previous groups and crypto associations and boiled them down to the most compromise version of the tax regulation bill. It defines all the basic concepts related to the crypto industry, all the terminology that lawyers and courts need so that market players can conclude contracts, act in courts and have legal protection. Previously, market players could not legalize their activities and defend their rights in courts. Our bill finally introduces the concept framework into the legal domain," Zhmerenetskyy pointed out.

He added that the Blockchain4Ukraine interfaction association is developing bills on preventing money laundering in the crypto industry.

"One of the latest achievements is the introduction of the FATF standards on combating money laundering and financing of terrorism. We passed the bill introducing these standards in the first reading. Before it is given the second reading, we will expand it to include the provisions developed by the crypto community, which will make this document solid. At the next stage, we are ready to submit a draft on tokens, which will allow any company, public or private, to carry out commercial operations in the form of crypto shares, tokens. We will make it easier for companies to access ICO and draw investments, and we will make this project global," he concluded.