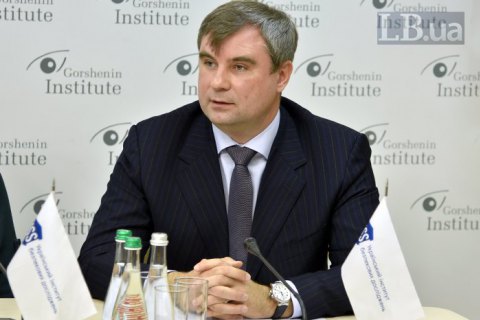 Ukraine would have an extremely difficult time in case of a regular conventional confrontation with the Russian Federation, therefore particular attention should be paid to hybrid and asymmetric methods, in particular the formation of a territorial defence system, according to Gorshenin Institute Vice-President Viktor Sokolov.

He was speaking at a roundtable "Development of Ukraine's territorial defence: ways and opportunities for boosting potential" co-organised by Gorshenin Institute and the Ukrainian Security Studies Institute.

“There are good examples in history of how countries with incomparably smaller armed forces managed to confront a better armed adversary. For example, this is the 1939-1940 Winter War between Finland and the USSR. The fighting lasted 105 days, but because Finland had well-organized defence, including the territorial one, it managed to stand up to the Soviet army. First of all, the Finns' successful defence is explained by the high morale of the Finnish army. Despite heavy losses, this spirit was preserved until the end of the war," he said.

Sokolov continued: "You can also recall the experience of Israel which in the 1950s was a state with a small army, which initially found it difficult to confront the armies of Egypt and Syria. Therefore, the main stake was made precisely on asymmetry, in particular on the development of territorial defence units."

He also added that territorial defence units should be commanded by people who already have combat experience.

"In order to resist armed aggression, Ukraine needs to have not just guerrilla troops but well-formed, well-trained units with good coordination and communication. And it would be better if such units were commanded by people who already have combat experience, know how to organize defence and how to resist sabotage and reconnaissance groups," Sokolov concluded.