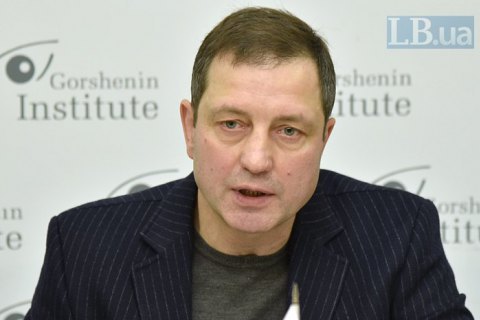 Valentyn Badrak, board member of the Ukrainian Security Studies Institute and director of the Centre for Army Research, Conversion and Disarmament, has said that that territorial defenсe is an important component of Ukraine’s system of response to external threats. In this case, the main part of the financial burden and responsibility for defence should be handled by local administrations.

He was speaking at a roundtable "Development of Ukraine's territorial defence: ways and opportunities for boosting potential" co-organised by Gorshenin Institute and the Ukrainian Security Studies Institute.

"We believe that territorial defenсe is the third component of Ukraine's possible asymmetric countermeasures. Together with the professional armed forces, as the core of external resistance and the capabilities that have already been developed: the creation of a missile containment shield and the special operations forces. Unfortunately, we still do not have legislative support for territorial defence. One draft law that appeared in 2015 was very 'raw', another one was initiated by the Defence Ministry in 2017 but it was never adopted," he said.

"We really hope that the legislative settlement of the issue of territorial defence will begin at the end of this year or at the beginning of the next one because namely territorial defence is a psychological aspect, it is an opportunity to educate our youth, to create a pool that will quickly replenish the Ukrainian armed forces in the event of large-scale aggression by the Russian Federation or any other enemy," he went on.

"The key moment in the development of territorial defence that we would like to see is the financial burden on local administrations. Regional and district administrations must handle at least 80% of the financial burden and responsibility for territorial defence. As for coordination and command, it is clearly up to the General Staff," Badrak said.

According to the expert, the development of territorial defence will also allow Ukraine to lift the excessive load on the Armed Forces and significantly reduce their strength.