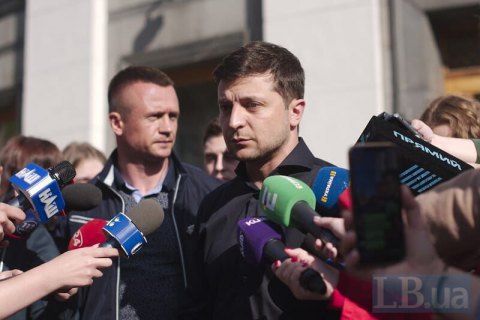 Not only the Russian media are waging an information war against Ukraine, President Volodymyr Zelenskyy has said in his second vlog behind the Tesla wheel.

"Fakes, manipulations, information war... Previously, it was a war against the Russian media, now it is also a war inside our country. Despite the fact that we have met with representatives of our media on several occasions. Some of them do not understand what they do," he said.

On 6 November, Zelenskyy established the Council on Freedom of Speech and Protection of Journalists, which is going to decide who is a journalist and who is not.

On the same day, Servant of the People MP Oleksandr Tkachenko announced that his faction was preparing a bill on the media, one of whose provisions would concern "financial fair play". That is, the media will be allowed to spend no more than they earn.

On the same day, Minister of Culture, Youth and Sports Volodymyr Borodyanskyy announced that he would initiate criminal punishment for media manipulations.