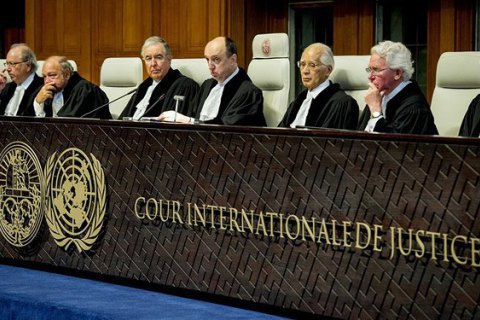 The United Nations' highest court ruled that it has jurisdiction in a case brought by Ukraine that alleges Russia breached treaties on terrorist financing and racial discrimination, an LB.ua correspondent has reported.

The decision by the International Court of Justice means the case will go ahead.

Kyiv filed the case in January 2017, asking the court to order Moscow to stop financing rebels in eastern Ukraine.

Ukraine also asked the court to order Russia to stop discriminating against ethnic Tartars on the Crimean Peninsula.