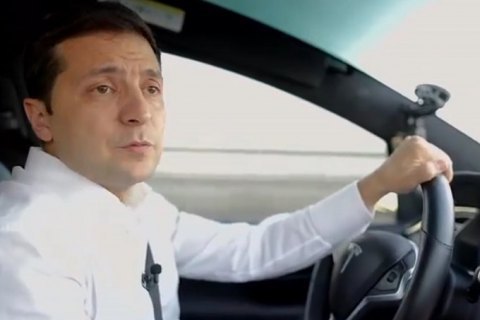 President Volodymyr Zelenskyy has instructed the Cabinet of Ministers to develop a bill which would regulate mass media activities by 31 December 2019.

According to the president's decree No 837/2019 published on 9 November, the bill, in particular, should include a provision on the requirements for and standards of news, mechanisms for the prevention of the distribution of unreliable, distorted information and its denial.

It should ban individuals and legal entities from an aggressor country from owning or financing the media in Ukraine, and ensure stricter punishment for violating legislation on information.

On 6 November, Zelenskyy established the Council on Freedom of Speech and Protection of Journalists, which is going to decide who is a journalist and who is not.

On the same day, Servant of the People MP Oleksandr Tkachenko announced that his faction was preparing a bill on the media, one of whose provisions would concern "financial fair play". That is, the media will be allowed to spend no more than they earn.

On the same day, Minister of Culture, Youth and Sports Volodymyr Borodyanskyy announced that he would initiate criminal punishment for media manipulations.