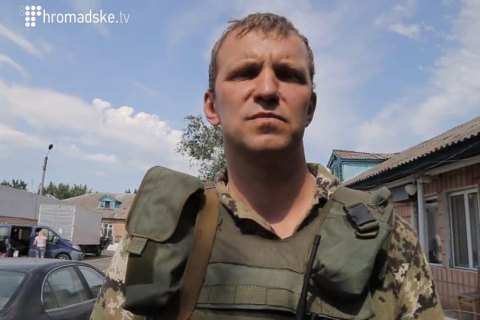 "A staff member of the secretariat of parliament's representative for human rights has been released on the surety of Ukraine's consul general in Lublin. During the waiting time and while [Russia's] extradition request is being consider, he will live in the consulate general," she said on Facebook.

"The prosecutor has granted our motion. Topolya has been released on the surety of Ukrainian consuls and together they are now going to Lublin. Thank you all for support! Glory to Ukraine! Glory to heroes!" he said on Facebook.

Mazur was detained at the Polish border checkpoint Dorohusk on 9 November.

Ihor "Topolya" Mazur is a deputy head of the Ukrainian National Assembly-Ukrainian People's Self-Defence (UNA-UNSO). He fought in Chechnya against Russian government troops. Mazur also took part in the Ukrainian-Russian war in Donbas.

The UNA-UNSO said that he was detained on Russia's request over his participation in the Chechen war against the federal troops.