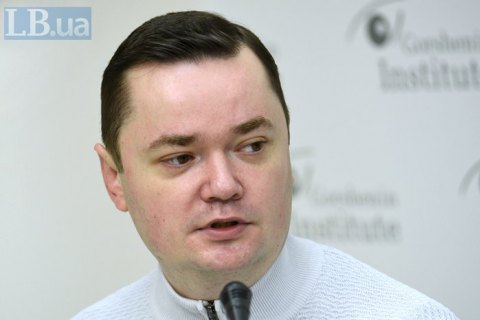 Servant of the People MP Maryan Zablotskyy has suggested that as far as land reform is concerned, special attention should be paid to bill 2194, on which he reported to the committee. Speaking at the roundtable "Mechanisms for the introduction of farmland market in Ukraine" hosted by Gorshenin Institute, he said that the bill de facto "liquidates StateGeoCadastre [the State Service of Ukraine for Geodesy, Cartography and Cadastre], strips it of the right to manage state land and transfers everything to communities".

Zablotskyy is the head of the subcommittee for local taxes and duties at the parliamentary committee on finance, tax and customs policy.

"StateGeoCadastre, as part of the reform, will become what it is called: it will manage the land cadastre. In the meantime, 9,000 rural communities will actually receive one sixth of the territory of Ukraine in their management. That is, we will return to the situation, as was the case in 2002, as was the case during the entire history of Ukraine, when local people can manage land located within the territories of their communities," the MP said.

"We will also cancel the huge number of unnecessary documents - and thus we will finally clean up the corruption that we have been trying to fight over the past five years," he added.

Zablotskyy also noted that, as far as he knows, the vast majority of people who own land are in favour of lifting the moratorium. "The polls we conducted showed that at least when people are asked about their own land, 80% do not want a moratorium on their land plots," he said.