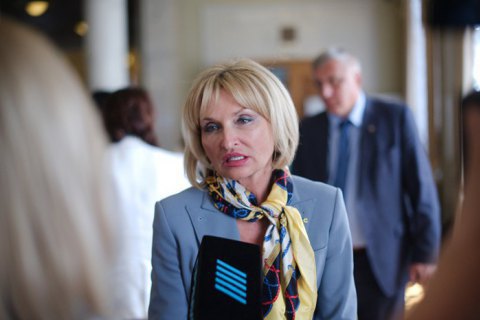 European Solidarity MP Iryna Lutsenko has tendered an official statement that he is giving up her MP seat for health reasons.

"My health condition does not allow me to work to capacity and I am not the one to lie behind my team's backs," she said on Facebook.

She will keep her party membership.

Lutsenko also called on the authorities and opposition "to close ranks around state interests, consolidate society and defend the country from the external aggressor".

According to former Prosecutor-General Yuriy Lutsenko, his wife has had a serious heart problem.

He added that he had completed his course of English and returned to Kyiv.