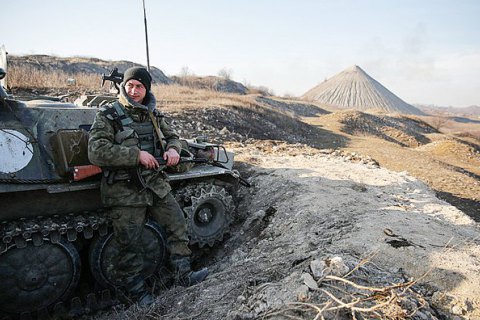 The disengagement of troops at the third sector, Petrovske-Bohdanivka, is scheduled for 8 November, provided a seven-day ceasefire is observed, Joint Forces Commander Volodymyr Kravchenko has said, according to Ukrinform.

"We have already sent a letter to the OSCE. We are starting on the 7th while the actual disengagement will be on the 8th if a silence regime is not disrupted," he said.

He dismissed as provocative the reports by the occupying troops and the flares allegedly fired in Petrivske as if to mark the start of the disengagement.

The head of the Ukrainian delegation to the Joint Centre for Control and Coordination of Ceasefire, Oleksandr Borshchevskyy, stressed that the disengagement will only take place after seven full days since the last shooting.

He recalled that the disengagement at the first sector, Stanytsya Luhanska, had been completed, while at the second sector, in Zolote, the process had entered its second stage.

Kravchenko once again repeated that the disengagement near Bohdanivka and Petrovske would not put local population centres in danger.