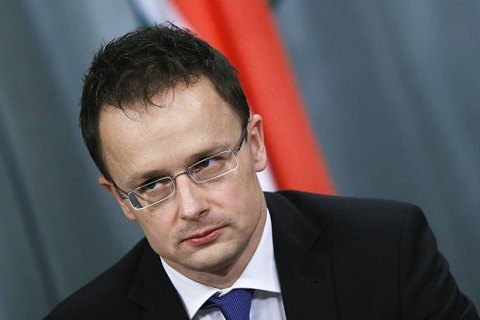 The Hungarian government has unblocked the adoption of the NATO-Ukraine joint statement at the very last moment as Hungary's proposals were taken into account, UNIAN has reported.

"They eventually took our proposal into account after all, and accordingly the joint statement now expresses support for the Hungarian community that has been stripped of its rights and calls on Ukraine to abide by international law and the requirements of international organisations," Hungarian Minister of Foreign Affairs and Trade Péter Szijjártó told the news agency MTI on 31 October.

"As it has been able to until now, the 150,000-strong Hungarian community in Transcarpathian Region can continue to count on the support of the Hungarian government; we will never sacrifice them on the altar of global political manoeuvring," the minister said.

Earlier, Hungary vetoed a joint statement by the NATO ambassadors on Ukraine.