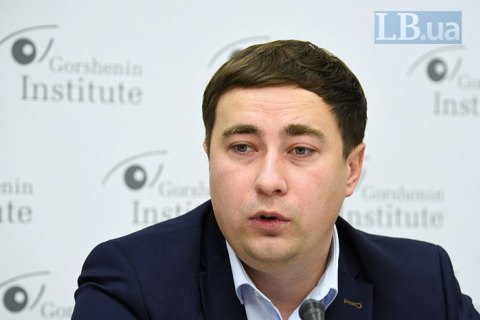 Operations with farmland should be legalized to disrupt the existing shadow schemes, Roman Leshchenko, the Ukrainian president's representative for land affairs, has said at the roundtable "Mechanisms for the introduction of farmland market in Ukraine" hosted by Gorshenin Institute.

He said that the land reform announced by Vladimir Zelenskyy involves not only lifting the moratorium on the sale of agricultural land.

"Land reform today involves a lot of points. First of all, it seeks to solve the issue of state land manager, decentralization processes, transfer of land to united territorial communities, village councils, a whole package of anti-raider measures to minimize all issues related to raiding, there are all issues concerning deregulation, the abolition of obscure standards, incomprehensible restrictions, all of those various corruption aspects that make it possible for one or another official to abuse their position, block any processes related to land relations. The next aspect is all about a transparent financing system, a transparent regulatory system. The apex of this process is the legalization of operations with farmland," he said.

Leshchenko noted that operations with agricultural land are already carried out in Ukraine.

"If a person wants to alienate agricultural land, he (does this by using) the mechanisms of various gray and black schemes of such alienation. Over the 18 years of the moratorium, about 10 basic schemes for the sale of agricultural land have been worked out. In what we see in a statistical context, the most common scheme for exercising one's right is carried out under a very specific transaction called emphyteusis. It generally does not correspond to the essence of the purchase and sale transaction but simply is a mechanism for circumventing the current state of things," he said.

"We have reached a point when today we have millions of hectares of land in circulation, there is already primary, secondary and even further resale of land. There is a total looting of state-owned land, and the initial audit of the former agriculture ministry, which is now part of the Ministry of Economy, and in the context of the land of the Academy of Agricultural Sciences, we see that robbery continues, shadow schemes are flourishing, hundreds of thousands of hectares of land have already been lost, there are no registration documents... and the president simply said that this must be put to an end," he said.