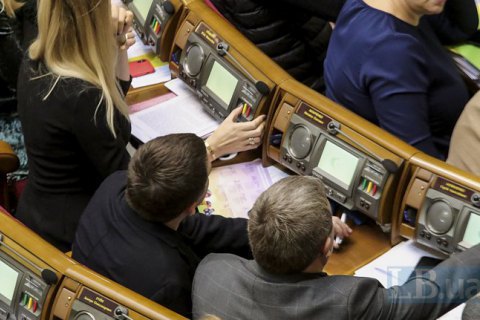 At its extraordinary meeting on 30 March, the Ukrainian parliament gave the first reading to the bill on certain aspects of the functioning of the banking system. This is a key bill for a new IMF programme along with the bill on farmland market.

In particular, the bill says that if a court finds the decision to take a bank off the market illegal, it cannot use it as a reason to cancel it.

The adoption of the bill was a condition of the IMF. The Fund suggested that Ukraine should guarantee a fair trial of such cases and prevent the risk of former owners seeking an excessive compensation from the state through court.

The bill is called "anti-Kolomoyskyy" as it seeks to prevent tycoon Ihor Kolomoyskyy from trying to reclaim its former Privatbank, which had to be nationalised in 2016, or claim a compensation for it.

The state nationalised Privatbank on 21 December 2016 over debts.