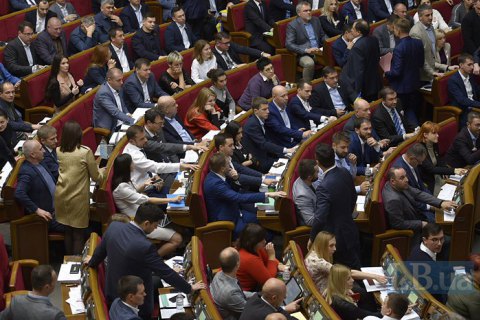 In the early minutes of 31 March, the Ukrainian parliament cancelled the moratorium on the sale of farmland as of July 2021.

In particular, the moratorium cancellation received support from the Servant of the People, European Solidarity, Voice factions and the Trust group. Thus, the bill was passed as a whole.

The pro-Russian Opposition Platform-For Life blocked the rostrum in protest against the bill.

Only Ukrainian nationals and companies without foreign shareholders, territorial communities and the state will be entitled to the sale and purchase of farmland.

Russian companies and offshores will be specifically banned from buying land in Ukraine even if a referendum permits the sale of farmland to foreigners.