The wake for the victims of the air crash will be held in Kharkiv's Glory Memorial at 9 a.m. on 29 September.

Kyiv's Shevchenkivskyy district court has turned down musician Andriy Antonenko's request to release him from custody on personal recognizance. He is suspected of killing journalist Pavlo Sheremet in July 2016 based on the evidence which many see as too slim.

President Volodymyr Zelenskyy has called on parliament to endorse the Anticorruption Strategy for 2020-2024 whose absence he sees as one of the reasons why anticorruption agencies have been insufficiently effective.

The Russian occupying troops violated the ceasefire once on 28 September when they opened fire from small arms near Starohnativka, the Joint Forces Operation HQ said in the evening update on Facebook.

The leader of the occupying authorities in Crimea, Serhiy Aksyonov, instructed the local authorities to buy out private wells in drought-hit areas amid the critical water shortage in the Russia-annexed peninsula. If well owners refuse, prosecutors should get involved, he added. 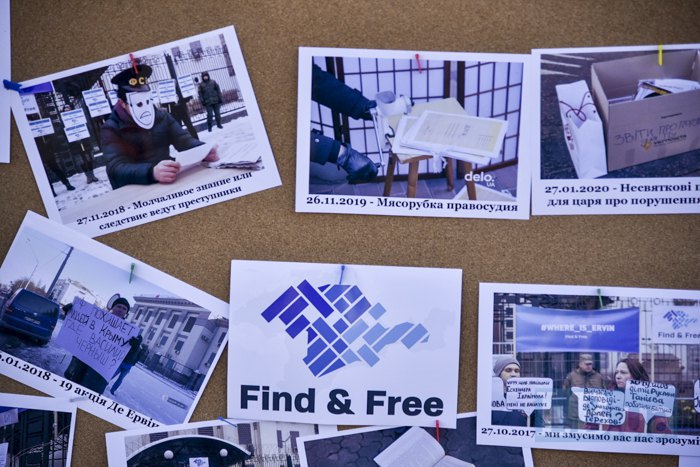 A rally in support of relatives of the victims of forced disappearances in Crimea has been held outside the Russian embassy in Kyiv. This is the 50th rally as part of the FIND & FREE information campaign. Its organizers said that 44 had been abducted in occupied Crimea since 2014, 15 of them have not been found. Six people have been found dead.

The Cabinet of Ministers has approved the nomination of Hanna Kovalenko, a former deputy of presidential chief of staff Andriy Yermak, for head of the Chernihiv regional state administration

Swedish economist Anders Aslund, a supervisory board member at Ukrainian Railways (Ukrzaliznytsya), has resigned. He accused President Volodymyr Zelenskyy and members of his Servant of the People party of ruining corporate management at state-owned companies.

The Security Service of Ukraine (SBU) has detained a Lviv resident suspected of trying to sell radioactive materials worth 40,000 hryvnyas. According to the SBU, he illegally bought 17 ionization chamber smoke detectors which contain radioisotopes.

The SBU has said it has blocked a channel used for large-scale smuggling of amber to one of Asian countries. Amber was extracted and processed in Rivne Region and later shipped using fake documents via Boryspil and Lviv airports. A total of 833 kg of amber was confiscated.

The coronavirus case total in Ukraine has exceeded 200,000 after 2,671 new cases have been registered by the morning of 28 September. There are 108,856 active cases.

Kyiv continues to increase the number of Covid-19 tests because increasingly more people turn to doctors with coronavirus symptoms, Kyiv mayor Vitaliy Klitschko has said. He noted that it is up to doctors to administer tests.

The Ukrainian Armed Forces have registered 30 new Covid-19 cases. Currently, there are 629 active cases in the army.

Ukraine has lifted the ban on foreigners' entry which was in effect from 27 August to 28 September.