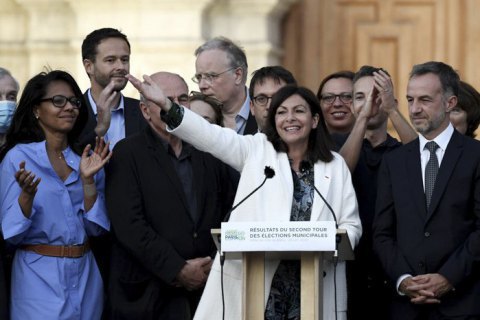 The election of Joe Biden as president of the United States is great news for the entire international community, Paris mayor Anne Hidalgo has said at the Third Paris Peace Forum.

She suggested that under Biden, cooperation between the United States and other developed countries would resume.

"Joe Biden's victory is great news. We see that there is a man who is capable of giving multilateralism back to the world. This is the policy to which Trump has closed many doors. In a sense, this can be seen as a return to interdependence. The second good news is that the US election was decided by residents of big cities. Big population centres offer more diversity, more opportunities for women, broader social diversity. And this is the change driving force we are witnessing today," Hidalgo said.

She also made a point that major global players should return to addressing climate threats and policies to combat climate change.

"I believe that in the coming months and years, we must use climate change as an opportunity to rebuild our economy. We must embrace this change at all levels, from national economies to urban dwellers," Hidalgo said.

As reported earlier, Biden plans to cancel a number of orders of his predecessor Donald Trump. In particular, he wants the United States to return to the Paris Climate Agreement and restore the country's membership in the WHO.

Biden also plans to immediately lift the ban on immigration from Muslim-dominated countries and the DREAM Act that protects people who have been illegally brought to the United States.