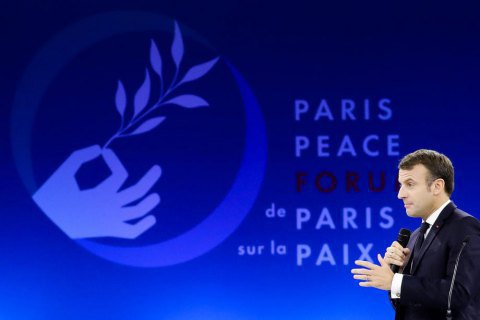 Today, the world is struggling with the coronavirus pandemic, the healthcare crisis, the economic crisis and the climate crisis, Paris mayor Anne Hidalgo has said at the Third Paris Forum.

According to her, the world community has not faced such a challenge in its entire history.

"We are dealing with several crises happening simultaneously. This has never happened in our history. The healthcare crisis, the global economic crisis triggered by the pandemic and the climate crisis have all led to a crisis of democracy, meaning a crisis of confidence in the leaders and institutions. Many of the fundamental values on which our societies were based have been undermined," she said.

At the same time, the president of the forum and former WTO head (1 September 2005 to 1 September 2013), Pascal Lamy, said that the current challenges should not prompt the world to "move away from globalization in favour of the policy of nation states." According to him, such an approach is "a threat that will affect the lives of many people".

"We can often hear that the current pandemic could lead to a shift from globalization to traditional nation-state policies. This is a threat that affects the lives of many people we must protect. In the light of what is happening now, nation-states are starting to play a much bigger role than before... We are discussing issues that should be important not only for sovereign states, despite their influence, but also for other players: NGOs, the private sector, local authorities, city officials and various institutions," he said.

For her part, Hidalgo suggested that the international community must learn to live with the coronavirus. She is confident that local politicians "will be able to restore confidence in institutions at both the national and international levels".

"Efforts are now focused on developing the vaccine. However, we also need to think about citizens who should become our allies here," Hidalgo said.

Since 2018 the Third Paris Peace Forum, which started today, has been a platform where heads of state and international organizations are working together with civil society and the private sector to create new forms of collective action.