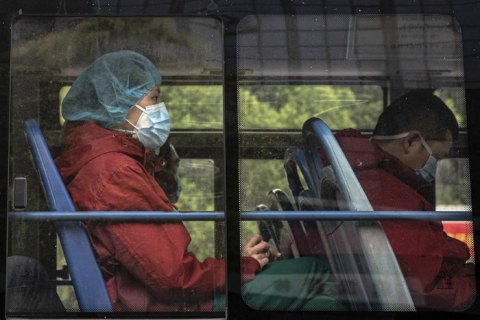 The Chinese city of Wuhan, where the coronavirus pandemic began, is now completely safe, and the spread of COVID-19 has been taken under the control of the Chinese authorities, its mayor Zhou Xiangwan has said in a speech at the Third Paris Peace Forum.

"After the quarantine, about 9.8 million people were tested within 10 days in mid-May. No dangerous cases were registered then... We coped and now we can confidently say that it is safe in Wuhan," he said.

According to the mayor, the city managed to overcome the crisis, and now only a few cases of infection are recorded daily. He added that Chinese doctors managed to save the lives of many elderly people.

"The total quarantine lasted 76 days, which helped us to curb the spread of the infection. In Wuhan, the share of those who have recovered is about 92.3%, of which more than 3,600 patients are people over the age of 80. And we also managed to save the lives of those people. The oldest patient is 108 years old," Xiangwan said.

He also described the progress Chinese scientists had achieved in creating a vaccine against coronavirus. According to him, the drug is in the third phase of clinical trials now.

An outbreak of the coronavirus infection happened in China in late 2019. On 11 March 2020, the World Health Organization declared Covid-19 a pandemic.

In October, a new outbreak of coronavirus was recorded in China's port city of Qingdao, an important strategic and economic centre. After 12 cases of Covid-19 were diagnosed in the city, its authorities decided to test the entire population of 9 million for coronavirus.

Another mass test of the city was carried out due to an outbreak of the disease in Xinjiang Province.

At a meeting of the UN General Assembly in September, US President Donald Trump accused China of spreading the coronavirus and called for China to be held accountable.