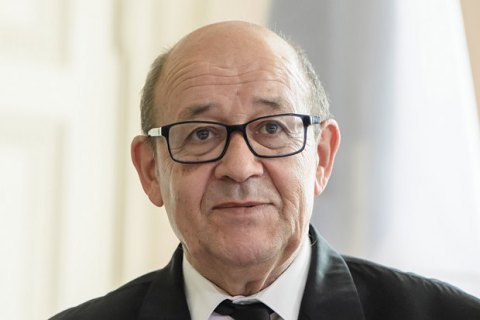 He noted, however, that this work would "take a long time".

"The [key] principle is to organise a security system in Europe as such in order to ensure strategic stability within the continent. Together with Russia, we must find ways for a sober, solid dialogue, a dialogue on the conditions for strategic stability in Europe. This work will take a long time," Le Drian specified.

The foreign minister also said that France and the EU launched a large-scale dialogue with the next US presidential administration. However, he stressed the need to strengthen the autonomy and independence of Europe.

"In parallel with building a new relationship with Washington, we must strengthen Europe's autonomy. We need it. It is also in line with the desire of the former US president to strengthen our European participation in the global security system, especially within NATO. Certainly, cooperation in developing strategic relations with the United States continues," the minister said.

Le Drian also emphasises the need to strengthen active policies within the European continent. He called for support to the positive development dynamics in Europe in order to ensure and maintain its sovereignty.

"The positive dynamics that began a few years ago must continue in the name of European sovereignty and the signed Charter of Paris for a New Europe. Previous experience has shown that Europe defends its principles. This can be seen in those tense conflict situations happening in the world now, policy of sanctions and crisis events, including attempts to violate the ban on the manufacture and use of chemical weapons," Le Drian added.

He stressed the importance of the issue of armaments.

"The issue of security of arms control is important. Today we are disarmed, and we in Europe have become a risk zone. We have returned to the situation of the 1980s Euromissile crisis due to the non-continuation of many agreements. I think we should be proactive in relations with the United States but also discuss it with the Russians in order to restore ties because it is in our common interest," Le Drian said.

In June, French President Emmanuel Macron said he saw no reason to return to the G8 format which would involve Russia.