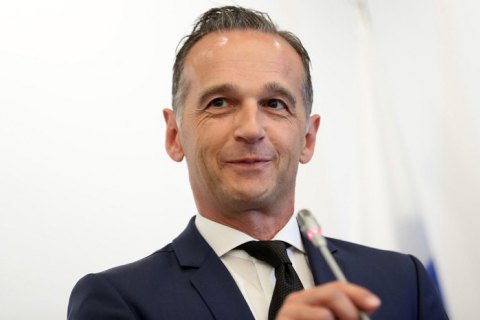 Having occupied Crimea, Russia has openly violated international law based on the Charter of Paris for a New Europe, German Foreign Minister Heiko Maas has said at the Third Paris Peace Forum initiated by French President Emmanuel Macron.

At the same time, Maas called for strengthening the OSCE role in conflict prevention in Europe.

"We must strengthen the OSCE. Since its inception, it has made an extraordinary contribution to maintaining peace on our continent. A special monitoring mission is now helping to maintain the ceasefire in Donbas. The OSCE can provide a platform for political talks in the Nagorno-Karabakh conflict. However, the OSCE is also facing challenges that we must overcome. It is a matter of building a security architecture within the framework of conventional arms control," the minister said.

The German foreign minister suggested that Europe and the OSCE should be ready to start an open dialogue with US President-elect Joe Biden. However, he also pointed out that without Russia, it would be impossible to solve the issues of European security.

"A new US president, Joe Biden, will soon enter the White House. He supports multilateralism. In particular, he points out that he will be adamant about Russia, but he also shows willingness to involve Moscow into arms control efforts. This remains relevant today, 30 years after the end of the Cold War, and Europe and the OSCE must be ready for such openness. I think this is a chance for us to promote the idea that European security cannot be ensured without Russia or in confrontation with it," Maas said.

According to the minister, if the EU wants its voice to be heard in the negotiations between Russia and the United States on, for example, nuclear disarmament issues, as well as a number of other discussions, the Union must develop a common position on Russia, making full use of the five principles previously declared by former EU High Representative for Foreign Affairs and Security Policy Federica Mogherini.

These include the full implementation of the Minsk agreements, the strengthening of relations with Eastern partners and other neighbours, including cooperation with Ukraine, EU stability, in particular in energy security, the need for cooperation with Russia on international issues of special interest to the EU, support for Russian civil society and human relations in Russia and the EU.