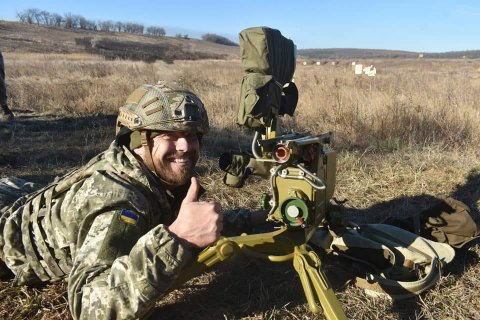 Today, the united units of the 25th separate airborne Sicheslavska Brigade stopped the enemy columns that were trying to move towards the Dnipropetrovsk region from the side of Balaklia.

This was reported by the 25th separate airborne Sicheslavska Brigade on Facebook.

"During the daring operation, the enemy's equipment and manpower were destroyed!" And so it will be with everyone! No mercy! ” the message reads.

We earlier reported that, today the Russian occupiers were knocked out of Nikolaev. The enemy lost much of their equipment, some of which were captured by our soldiers.

In addition to that, units of the Armed Forces of Ukraine destroyed the commander of the 247th Guards Airborne Assault Regiment of the Southern Military District of the RF Armed Forces, Colonel Konstantin Zizevsky. Several Russian planes, five helicopters, and one enemy UAV were shot down.